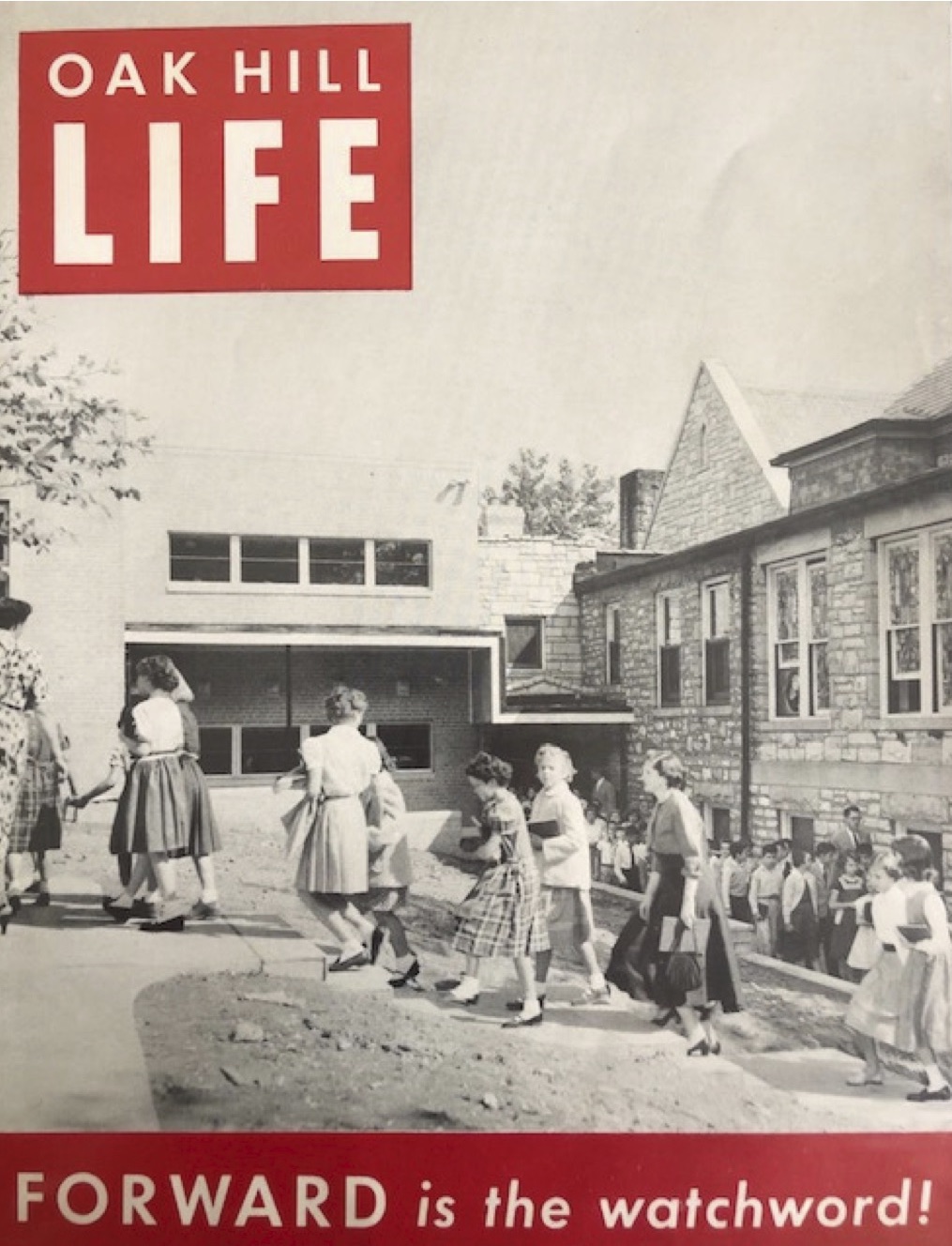 The area just inside St. Louis city limits was being subdivided for home building – a good location for a new church, especially when the owner of a large portion of the land had bequeathed one-half acre for a “Presbyterian church or any other church her son thought proper.” It was 1895, and Oak Hill Presbyterian Church was organized in a frame church building at what is now Bent and Humphrey in South St. Louis.

Twelve years later in 1907 that church building burned and the congregation bought a lot at the corner of Oak Hill and Connecticut a block and half away. A more fireproof one-story stone building with a chapel and Sunday School room was built on the alley in 1908. The congregation grew so fast that a new sanctuary was built as a second story after just three years in 1911.

In 1914, a fellowship hall was built attached to the church. Eight years later the congregation was still growing so rapidly that a larger sanctuary seating 300 was completed above the fellowship hall in 1919.

When the Sunday School grew so large that not all of the classes could fit in the building, an educational wing was added, connecting a large five-bedroom residence to the rest of the complex. A parking lot was created on two lots next to the residence in 1963.

One hundred and twenty years after its beginnings, Oak Hill Presbyterian Church, is still on that same corner. The stable neighborhood around it has seen a resurgence of renovation in the last 30 years as people rediscover the beautiful wood and substance of houses built 100 years ago. The residence owned by the congregation, long known as the Annex, has evolved into Amen House, providing a place for out-of-town mission groups to stay while volunteering in the city. The sanctuary built as the second story of the first stone building is now a gymnasium. Neighborhoods, properties and churches evolve and change, but Oak Hill Presbyterian Church remains rooted in its city location, still inviting its neighbors to come, worship and serve.